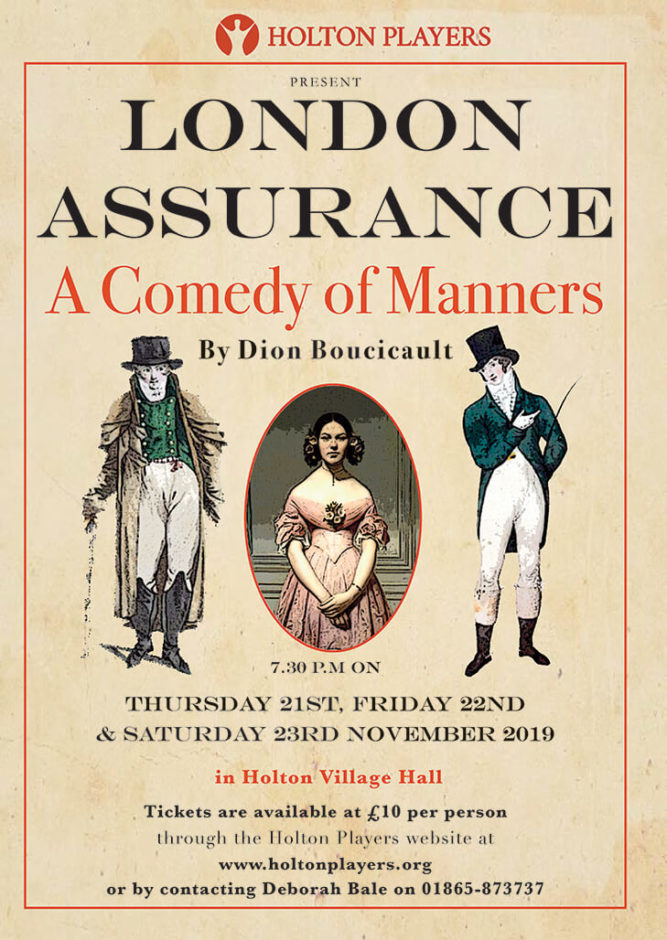 London Assurance is a merry parade of wittily constructed skirmishes between love and money, town and country, nature and artifice.

Sir Harcourt Courtly is lured away from the world of London fashion by the promise of a rich and beautiful bride, Grace, several years his junior. Arriving in Gloucestershire, he is charmed by her beauty but then falls for her hearty cousin, Lady Gay Spanker. Meanwhile, his disguised son also appears, in flight from his creditors, and falls head over heels for Grace. When Lady Spanker discovers the truth, she needs little prompting to lead Sir Harcourt astray …..

Boucicault’s comedy, first performed in 1840, has been edited by Richard Bean (One Man Two Guvnors and English People Very Nice) and was performed at the National Theatre in 2010. (‘A joy from start to finish’ – The Daily Telegraph)